Advocacy
Priscilla has been a part of the Adoptee Rights to access original birth certificates for several years, working with the groups in Maine, New Hampshire, Rhode Island, Ohio, Colorado, and Illinois which were successful in restoring rights to adult adoptees to their original birth certificates, and the movement in New Jersey that succeeded in getting the "Birthright" bill passed by the Assembly and which was finally signed into law NJ governor, Chris Christie, in May 2014.  Hallelujah!  Finally!
Currently, Priscilla is working with advocates in Oklahoma, New York, Pennsylvania, Connecticut,  and several other states in an effort to have Adoptee Rights legislation passed.  She is on the board and advocacy team of the Pennsylvania Adoptee Rights group that worked to pass access legislation in PA.

Jul 2020 - I am pleased to announce that I worked closely with Det. Bosak developing the family trees that led to this man’s identification and arrest. It took us nearly two years and only two or three “rabbit holes” (the suspect’s known great-grandparents had over 20 great-grandsons).
Port Matilda man charged in connection with serial rapes of Penn State students, police say 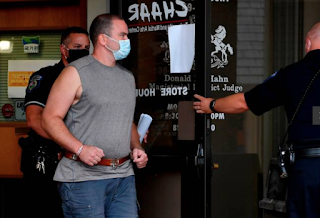 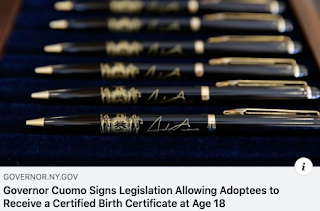 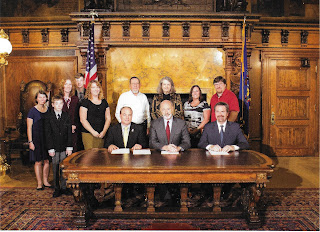 This culminates nine years of working with Rep Benninghoff, from the day in June 2009 when Bill and I first met with him to ask for his support and guidance, to 2016 when the bill was finally passed by the legislature, to Oct 2018 for the mock signing.

Mar 2018 - So happy to help Terry Difazio find his mother! 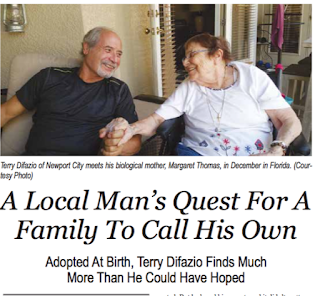 
January 2018 - Congratulations to PA-born adoptees and lineal descendants of deceased adoptees who are now receiving their OBCs! Special thanks to PA State Representative Kerry Benninghoff for leading the charge and persisting for nine years to the successful conclusion.

November 2016 -- Adoptee Rights Victory in Pennsylvania as Governor Tom Wolf signed HB162 into law!  Beginning in November 2017, adopted persons born in PA will have access to their original birth certificates.  A big THANK YOU to Rep. Kerry Benninghoff for being our champion and sponsor. 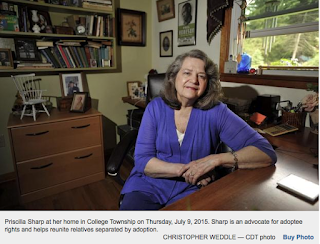 May 2015 - Interview on Carson In the Morning, KCMO Talk Radio
Adoption Journey - Begins at 8:03

April 2015 - I was thrilled to be able to help 84-year-old adoptee Bob Weiss decipher his DNA matches to find his maternal family.
At Long Last, a Family Tree For Eugene (OR) Adoptee 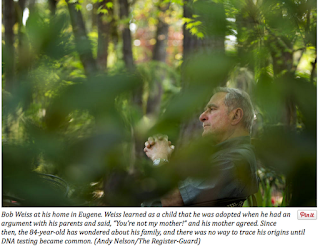 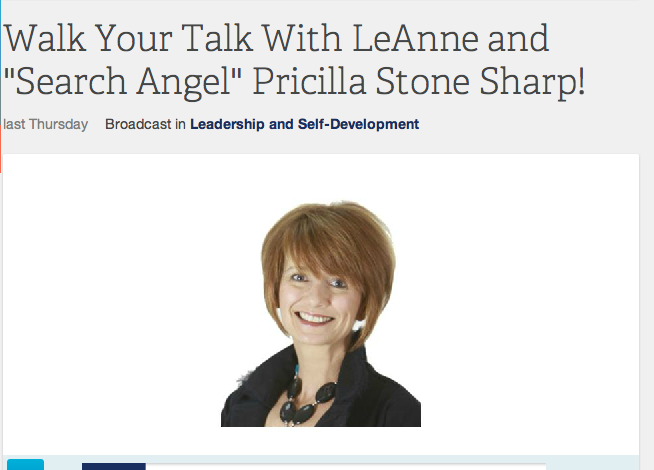 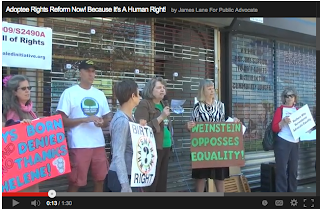 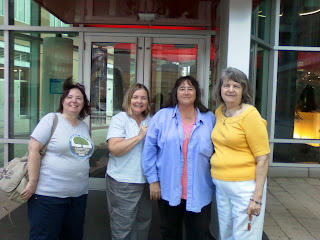 Celebrating with friends in RI on Jul 2 after the ceremony restoring original birth certificates to adoptees.  Way to go, RI! 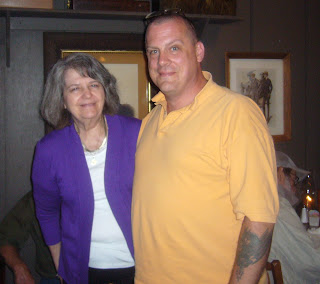 One of the RI adoptees whose family we found July 2012.  Another adoptee free from the oppression of secrets and lies!